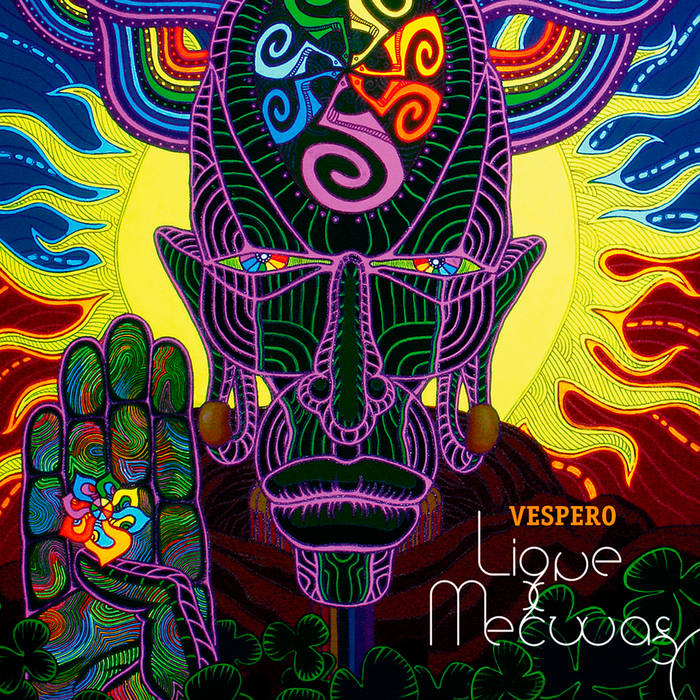 Jacampanman This album from 2016 had passed me by, so I'm indebted to peterbullerjahn for introducing me to it! Favorite track: Isidore’s Prophet.

yarobznahtanoj Cosmic afrobeat prog/psych. This album delivers on many levels; its a multi-styled "kitchen sink" approach and comes together flawlessly for a beautiful musical experience.So GOOD! Favorite track: Abyssinian Ground.

"Lique Mekwas – an official noble title of impersonators or doubles of the Ethiopian Emperor, who accompanied him far and wide. Two trusted and highly favored officials were given this title at the same time. They always walked or rode on either side of the monarch in battle, or in public processions, dressing as magnificently, or even more magnificently then The Emperor, in order to distract assassins, enemies, and all ill-wishes."

"Lique Mekwas" is the 7th studio album by VESPERO. It’s all instrumental musical burlesque telling the story of a young man who was appointed to serve the Crown Prince of Abyssinia as a guard-impersonator, and after the years of hard trials and adventures got to know that he had always been a true King of his country.

"This Russian band is mining the same vein as classic Ozric Tentacles, spaced-out grooves that combine electronics and other instruments. But Vespero has a lot going on that lift the music about mere grooving... They know how long to ride a groove before switching it up, sometimes ramping up to double-time, sometimes dropping down to a more floating feel, varying the textures to build tension and release it. Lique Mekwas is great fun from start to finish." – by Jon Davis at "Exposé" (USA)