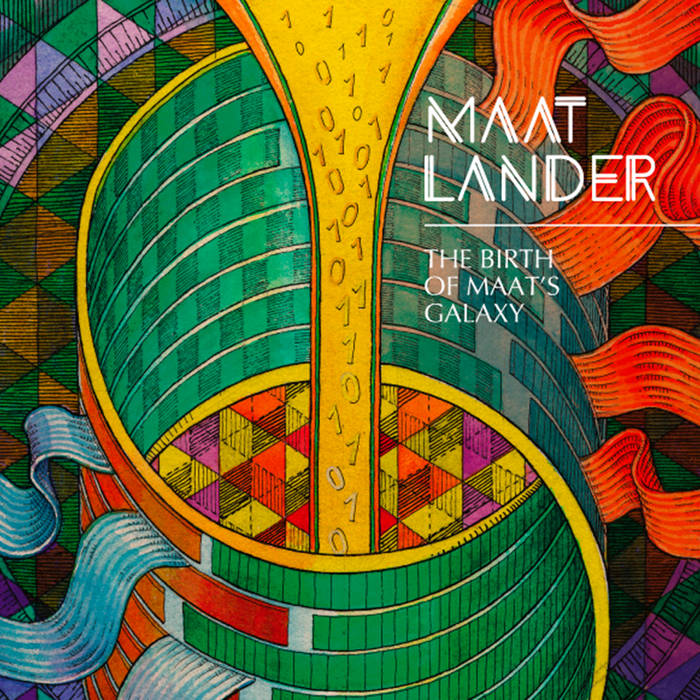 Pie Great!
(You should buy it instead of that overpriced phone you were looking at). Favorite track: Gliese 581.

The Tentacle Suit up, Climb aboard a awesome trip. Favorite track: To Johannes Kepler.

Peter Jones ...and what a treat this album is!

Strongly psychedelic in focus, it does not let its sound be limited to that genre exclusively.

Picking a single favourite track was difficult as there are several stand outs, including the teaser. Two Keys To The Sky is also very good. Favorite track: Alnilam.

Artistic collaboration has always been a key issue for rock music. Armed with the ability to create music in home studios and then to exchange tracks via internet, rock musicians began to experiment with new, more complex forms of artistic interaction. Ilya Lipkin (of THE RE-STONED) and brothers Ark and Ivan Fedotov (both of VESPERO) first met on stage in Moscow in 2013 during the Vespero’s tour: Ilya made guest appearance at one of the band’s gig. Ark, Ivan and Ilya were attracted to something in the others, and started to exchange their musical views and ideas through the web. In December 2014, Ilya was invited to Astrakhan, a hometown of Ark and Ivan to try new tunes by the three on stage. That memorable concert was a total public success, and a new band was born – instrumental psychedelic-space-rock trio MAAT LANDER.

"This 10 track set is a winner from start to finish… The Comet Rider opens, featuring totally cosmic, tightly wound Space Rock performed with a high level of musicianship like a combination of Vespero, Ozric Tentacles, Hidria Spacefolk, Oresund Space Collective and Korai Orom. Alnilam is an alien ethno-trance blend of mandola, ethnic percussion, soundscapes and oodles of sci-fi effects. Maat Lander inject a pounding rave worthy rhythmic pulse into Spiral Arms, which rocks hard and includes killer ripping and screaming guitar. To Johannes Kepler and Gliese 581 are both beautifully atmospheric and cosmically haunting excursions that you can float and groove along with. Two Keys To The Sky is similar and includes some Bluesy Dave Gilmour-ish guitar. Aquarius is a high energy and sometimes whimsical blend of Space-Prog, Jazz Fusion, the Ozrics at their most rocking, and spaced out atmospherics. Lunar Rocket blasts off the launching pad for some powerhouse Space-Prog with seductively melodic but also dirty rocking guitar solos and a frantically swirling stew of space electronics. Coma Berenices starts off with a combination of sequenced synths, falling star electronic effects, steadily potent drumming, Prog guitar soloing and soundscape guitar, but then bursts into the stratosphere as an in-yer-face, heavy duty Space Rock blast, while always retaining an overall atmospheric feel. Finally, the title track is an electronic heavy track that’s a steadily grooving and melodic jaunt through the cosmos. It’s got some cool Bluesy jamming guitar and classic Prog keys too… Fans of instrumental Space Rock and rhythmic atmospheric explorations played by smokin’ hot, creative musicians should drop whatever they are doing and get this NOW. Highest recommendation!" – by Jerry Kranitz at "Aural Innovations" (USA)