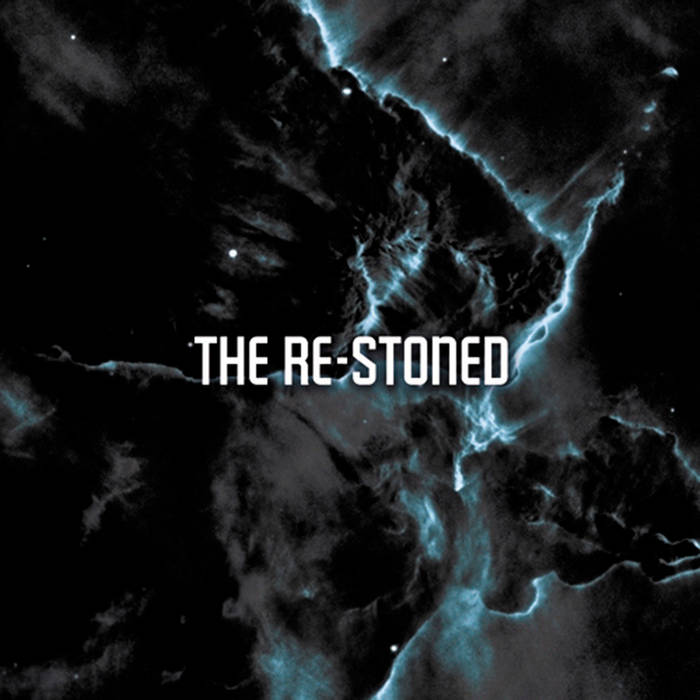 abnormal_listening_habits Just buy them all, you won't be disappointed one bit.

Peter Jones Orient of Doom or Moriarty's Blues? Both fantastic tracks - the whole album is great, I wish I'd not waited so long to get it. Favorite track: Orient of Doom.

musicluvr Everything this band does is awesome but Mountain Giant is the hardest heaviest best jam going anywhere. It would be better if it was about 45 minutes longer... ;-) Favorite track: The Mountain Giant.

Frederick Jones Sensational instrumental stoner rock from the boys in the Russian Federation. What make The Re-Stoned stand out from most of the other instrumental bands is the variety from song to song. If you love Instrumental Stoner these guys are a no brainer. Favorite track: Orient of Doom.

Steve Rodger As a fan of instrumental stoner type stuff I have been meaning to get me some Re-Stoned and after checking out all their available bandcamp albums I decided to start with this fine effort. Favorite track: Fra Fuf.

"The cool thing about this band is the amount of ground they cover, from the instrumental sounds of The Atomic Bitchwax, Karma To Burn to space/psych rock sounds of Nebula to Desert Rock of Kyuss to all out 70's riff-rock worship in the style of early Fu Manchu and a lot in-between. The Re-Stoned also pull out its fair of psychedelia as well making this one of the better instrumental albums to be released in recent years. Rather than having some standout tracks and a few fillers, this album is solid throughout and flows wonderfully well so it comes off as an complete piece of work rather than just a collection of songs. The Re-Stoned are a excellent band and very diverse within the framework of instrumental Stoner meets Psychedelic Rock." – by Ed Barnard at "Doommantia" (USA)

"While the name of the instrumental Russian trio The Re-Stoned may or may not be some sort of allusion to the stoner rock genre, the fact of the matter is that the music offered up on their debut effort Revealed Gravitation contains significantly more depth than what you'd find on your typical stoner rock disc. This hard rock/ psych power trio specialize in epic jams laden with absolutely monstrous sounding riffs, catchy melodies and layer upon layer of acid soaked atmospherics... This is definitely one wild, sixty minute trip that you'll be glad to take over and over again. If challenging and flawlessly executed, instrumental hard rock, that places full emphasis on both killer riffs and grooves, are up your alley then The Re-Stoned are definitely going to be a band that you'll want to investigate further because Revealed Gravitation will deliver all of that and then some." – by Ryan Sparks at "Sea Of Tranquility" (USA)

"Their heavy sound is based on the 1970's covering a wide range of musical styles. And the best part of it all is that The Re-Stoned are able to channel all their influences in a multi-phased statement of true virtuosity. For example, 'Moriarty's Blues' is an organ-driven hardrock monster with a brilliant middle section where especially bassist Vladimir Nikultin demonstrates his funky bass skills that takes the song in a completely different direction. But guitarist Ilya Lipkin, too, shines with his excellent guitar work. Regardless whether he pulls out big rip-roaring riffs as, for example, in 'Gravitation' or invokes the spirit of Jimi Hendrix with the help of impeccably fluid guitar solos, his playing remains powerful and varied. Therefore it is only logical that The Re-Stoned do not need a vocalist, because he/she would only distract of the band's strengths. This is a power trio making a lot of noise, sounding big, jammy and hard-edged all at once. Even if they reveal their psychedelic and progressive leanings, this three guys stay focused and never lose their hard-hitting attitude. During such moments The Re-Stoned are situated close to heavy jam bands such as Iota or Earthless, because they also understand their craft. Additionally, there is no lack of ideas. There are a lot of carefully crafted arrangements, which knows how to constantly surprise the listener with another sonic detail. 'Orient of Doom' is refined with a strong Arabian flavor as well as an acoustic percussion instrument named jembe. This track is just one of many highlights on this album and it would take several hours to list them all here. The Re-Stoned can become a major figurehead for the Russian classic/heavy rock scene and 'Revealed Gravitation' is truly an amazing, diversified debut. So, don't let the band name fool you, because this is not the next mediocre stonerrock band." – by Klaus Kleinowski at "Cosmic Lava" (Germany)