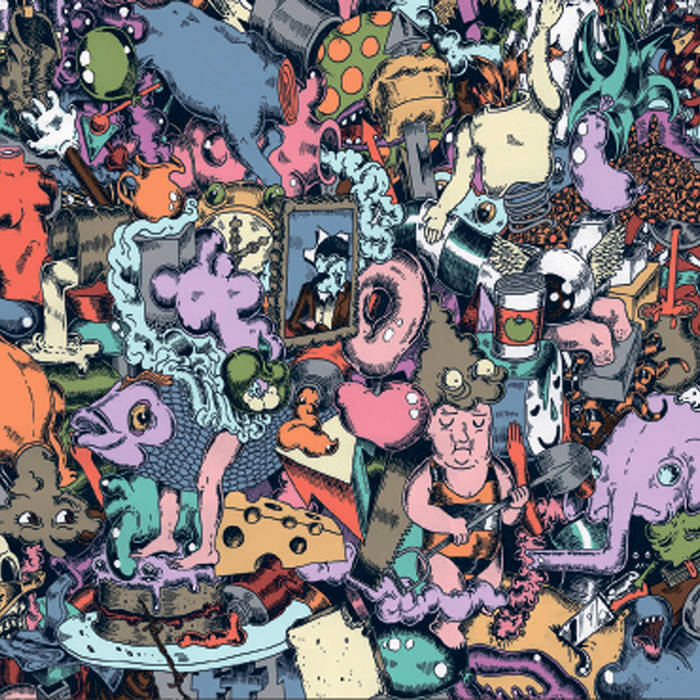 Will I'm surprised they didn't mention Faust. Basically modern day RIO, if that's your thing. Not like Art Zoyd, more like Zappa and maybe the more hectic side of Stormy Six. Favorite track: Slave.

"Künstler Scheiße is a Major Work with a capital M and W. Comparisons with Frank Zappa, Mr Bungle, and The Mars Volta are valid but don’t really tell you much. Sections of willful and difficult complexity are offset by chaotic improvisation, non-sequitur stylistic shifts, and goofy humorous touches that continually defy expectations. This is epic prog for the attention deficit crowd, building numerous seemingly unrelated sections into lengthy suites and not coming off like some kind of digital collage... This is a seemingly endless fountain of ideas, and from what I’ve heard, they’ve got more in the works already. Every hill they climb is a little higher than the one before, and the territory ahead is covered by fog until you get closer, revealing a still-higher summit. Don’t miss out on this, and if the first listen leaves you baffled, give it another." – by Jon Davis at "Exposé" (USA)

All tracks composed, arranged and produced by Alex’s Hand
(with the exception of “Trained” composed by Stephen Barnes)