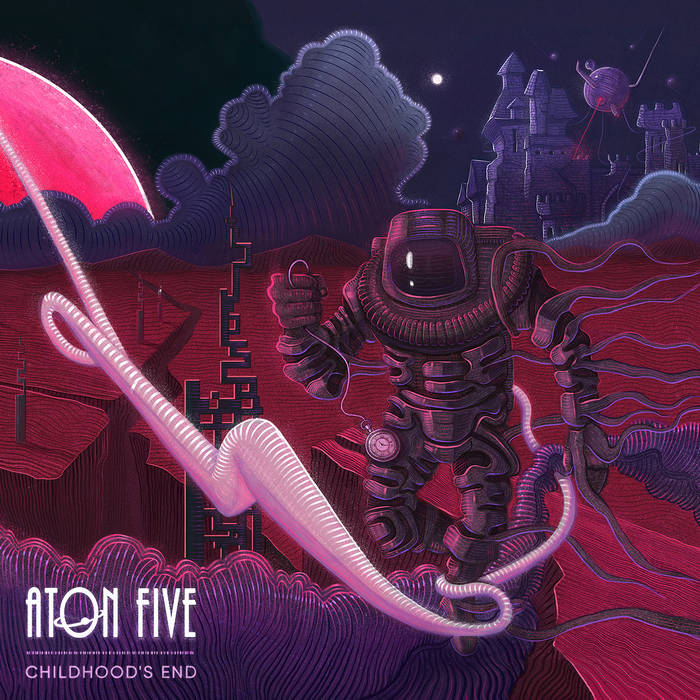 It was said that the instrumental combo ATON FIVE were entering a new decade with a new music. The band is considering taking their career to a challenging new direction, and their “Childhood’s End” was conceived as kind of a wrap-up album. It features 7 re-worked and professionally produced tracks clocking it at over 65 minutes – early studio and live recordings from 2015-2018. The line-up features: all three keyboard players who teamed up with the band through the years – Maxim Neronov, Daniil Bosak, and Anton Ablov; two drummers – Dmitry Smirnov, and Grigory Perelman who replaced him; violinist Anna Chopik; as well as the core founding members – Alexander “Ritchie” Seleznev on guitars and synths, and Mikhail Zenkov on bass. “Childhood’s End” is not a compilation in the conventional sense. It’s more like a “post factum” album with a precise artistic vision and exact track-list, yet it’s composed of the recordings made at various times and occasions. Most interesting and enjoyable release for lovers of instrumental progressive and psychedelic heavy Rock!