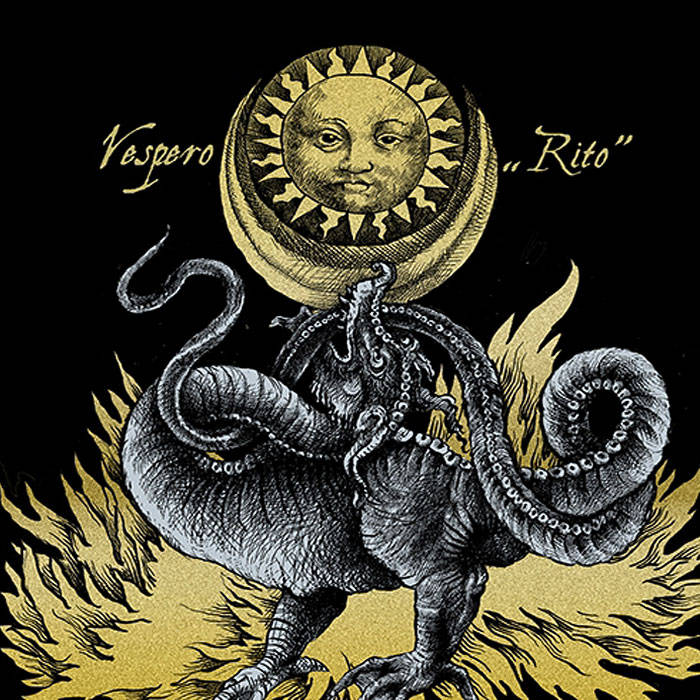 "There is so much great music to discover on Rito, and it’s one of the few discs I’ve consistently enjoyed playing from beginning to end, each and every time. Rito’s true allure is its power to lure the listener in with its splendid combination of bold and beautiful ambient atmospherics. To put it simply, this disc is nothing short of a masterpiece." – by Ryan Sparks at "Sea Of Tranquility" (USA)

All music by Vespero, except of (1, 8) by Rulev/ Vespero
Recorded and mixed by Alexander Kuzovlev in Astrakhan, 2005-2006
Mastered by Alisa Coral at KZI Studio in Moscow, 2007
Artwork by ZonderZond
Executive production by Igor Gorely