Evil Cosmonaut "We Have Landed" 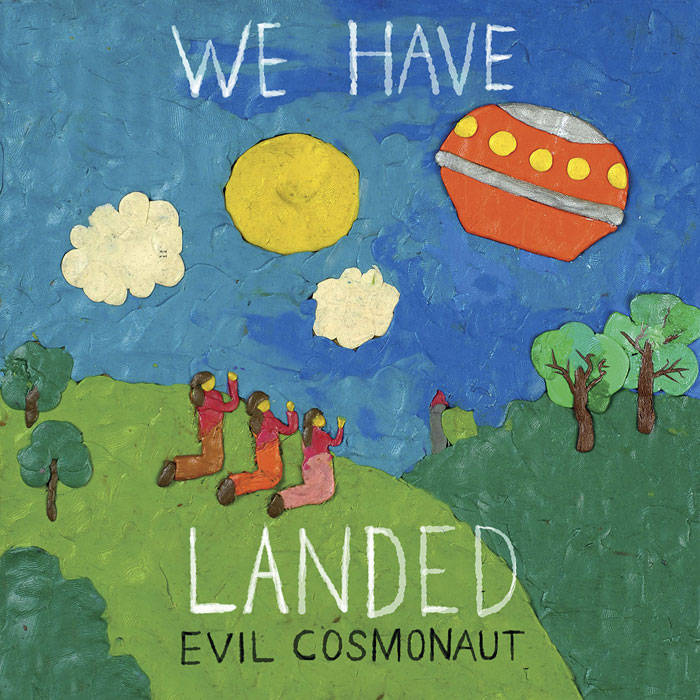 "This is simple, straight-ahead kick-ass rock that is not meant to be taken too seriously and once listened to with that in mind, it is mostly a all-round winner. We Have Landed doesn't break any new ground, nor does it excite with astounding riffage but it is infectious and instantly enjoyable just the same so don't expect too much, just pop open a beer and crank this one up and you should dig what they have to offer." – by Ed Barnard at "Doommantia" (USA)

"We Have Landed seems to be asking for enjoyment on its own terms, which beg little indulgence and offer substance enough to hold up the jokes and the fun. Whether it’s the intricacy of tone or the rawness of presentation, Evil Cosmonaut balance creativity and familiarity in a natural way and however conscious of structure and overall flow they might be, they don’t make it obvious. The performances on We Have Landed could be tighter, but I almost think the album would lose some of its charm if they were, and since charm is so much of what it has going for it, my inclination is to leave it alone. Cool record, unassuming, unpretentious, heavy rocking. I’m not about to fuck with that formula. It probably won’t change your worldview, but its aims are nowhere near that lofty." – by H.P. Taskmaster at "The Obelisk" (USA)

All songs by Evil Cosmonaut
Recorded at the FmDivision and Red Gates Studios
Mixed and mastered by Alexander 'Shmel" Shvilev
Plasticine modeling by EC, Pavel Beard, and Garish
Layout by Enmort / ZonderZond

Publishing, researching, and record selling since 2002

Featuring Gary Bartz, 5 years of Rhythm Section Intl and an LP of the week by Nicolas Jaar